Being born and raised in Seattle, I am so excited for this Super Bowl matchup – in fact, it has me salivating! Here’s one reason:

Now THIS is a Super Bowl stadium I would buy a ticket for! Yes, when the world’s biggest sporting event is on TV, you have no option but to do your part to live up to the hype – and that means only one thing!

THE SUPER BOWL OF SNACKS!

I plan to make a LOT of fun Super Bowl food on Feb. 2 – it’s an American tradition that goes back to the beginning of football it seems, and since I am from Seattle, I will make something out of THIS: 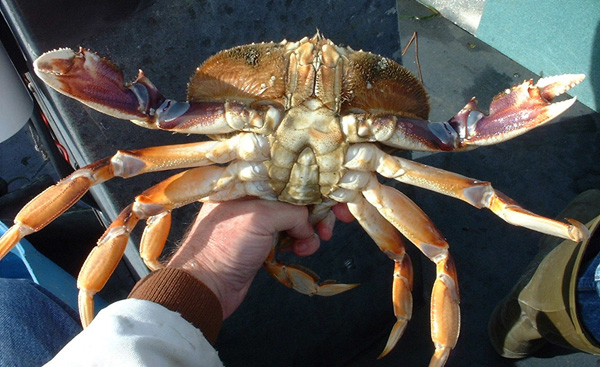 This will be a Super Sunday filled with Dungeness crab…more on this Seattle favorite in a minute…oh, and there WILL be this as well:

Yes, with seafood comes tartar sauce, and there will be a recipe for that as well…but first, it’s
time to look at just how much we eat on Super Bowl Sunday – and of course offer up some super-sized food to dream about…with some guidance on how to make these for your friends as well!

And if you want to wow your Super Bowl party guests, why not offer up your own food stadium, with all the meat and cheese you can handle!

What better way to celebrate the Super Bowl than to tease you with pictures of amazing food stadiums to help us swallow the following Super Bowl Food stats! First, look at this snack stadium:

And if that doesn’t make you hungry, this one could do the trick:

And of course, you can never go wrong when you unveil a snack stadium that looks like this – all of these great pics raise a question: how much food IS eaten on Super Sunday?

HERE ARE THE STATISTICS ON SUPER BOWL SNACK FOOD!

The Super Bowl is ranked as the number two food consumption event of the year, second only to Thanksgiving! (Source: American Institute of Food Distribution)

1,200:
Average number of calories consumed during the Super Bowl. It’s the second largest day for U.S. food consumption. Only Thanksgiving day is more.

71.4 million:
Estimated pounds of Hass avocados that will be consumed for the game this year, according to the Hass Avocado Board. That’s enough to cover the Super Bowl Stadium end zone to end zone in more than 27.5 feet in avocados.

I love the way the guacamole looks like the playing field here!

Hope you have enough ranch dressing and paper towels to handle this one: 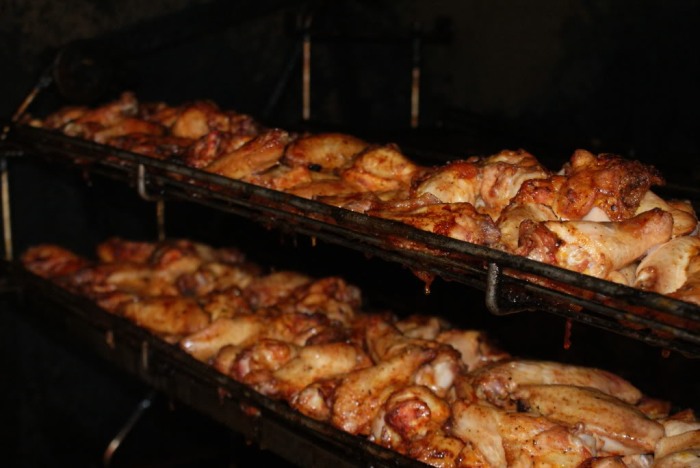 Yep, that’s the number of chicken wings Americans are expected to eat on Super Bowl Sunday, according to the U.S. National Chicken Council, and why would they lie to us? 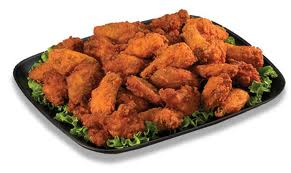 Since Seattle is in the Super Bowl, we must celebrate the fresh seafood that makes Seattle unique! Let’s begin with a great recipe for our friend the Dungeness Crab! 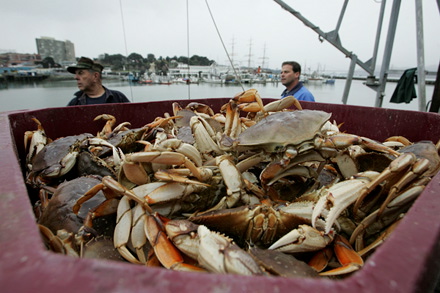 Thanks to Scott’s in Edmonds – a great place to hang out while you wait for a ferry…have an ice cold beer or glass of Chardonnay and dig into their classic Dungeness Crab dip!

Here is the recipe:

Preheat oven to 450 degrees. Combine and mix the crab, artichoke hearts, mayonnaise, onions and cheese. Just blend evenly – do not over mix. Portion the mixture into 6 to 8 small ovenproof ramekins.

Bake the ramekins 5 to 6 minutes or until an internal temperature of 140 degrees is achieved. You just want to get the mixture warmed and the top browned. Too much heat and the mayonnaise will separate.

To serve, arrange bread slices around the crab dip and garnish with chopped parsley and a slice of lemon.

Here’s another way to do it, thanks to McCormick’s OLD BAY Seasoning for this easy to make recipe!

Bake 30 minutes or until hot and bubbly. Serve with assorted crackers or sliced French bread.

Be careful this Super Bowl NOT to pull a George Costanza and double dip: 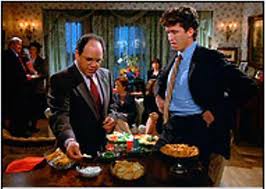 We all remember the hilarious “Seinfeld” episode when George is caught double dipping…but George had it right – if the dip is good you gotta go back!

32: Percentage of U.S. grill owners who will be firing up on Game Day. According to Weber, the Super Bowl ranks as one of the top 10 most popular ” holidays” to grill. And when you do grill, turn it into something amazing like this!

And Is There A Beverage?

Well, what do YOU think? 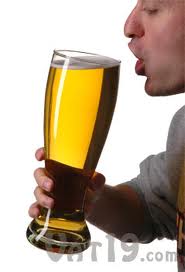 During the Super Bowl, there will be 325 million GALLONS of beer consumed. That is A LOT of beer…you might need a bit of help carrying it to your table…

And when in doubt, just pour yourself a frosty brew in this mug and have a nice snack at the same time!

So there you have it: food, food – lots and lots of food. But I think we are missing ONE crucial ingredient: THE TWINKIE!

Yes, this is an edible Twinkie stadium…I actually found many versions of it, but I will share what I found from Holy Taco….first, you must lay out the outline of your stadium in, of course, Twinkies…

Holy Taco’s Twinkie Stadium uses a flat aluminum pan spread with sections of salsa, queso dip, and guacamole as a base, and cheese-topped hot dog pieces as players on the field. Various snack mixes are held together by a retaining wall made of Twinkies which the site refers to as “nature’s brick.”

This particular structure is notable for its “pliable bacon wall”, which is absent from most other examples.

The real kicker is the inclusion of the football shaped blimp, which is actually a 20 oz. summer sausage – AND WE ALL KNOW HOW GOOD THAT WILL TASTE…if you pay close attention, you can see Twinkies also used as cars in the parking lot in many of the stadiums…nice touch….

I would dig into this and never stop eating…just don’t get carried away and make the dreaded:

Back to the real world of crazy food…check out this super bowl food stadium…how much time do you think this takes to make?

I have to tell you, this is THE ultimate way to watch the game! These food stadiums will wow your guests and feed them well! Many of them are mostly filled with pretzels, chips and dips…

As much as I love all of these, I admire the ones that find a broad color and food palate, tough to do when most snack food is brown – chips, rolls, MEAT…and most dips are green or red…here is an example of a beautiful food display! 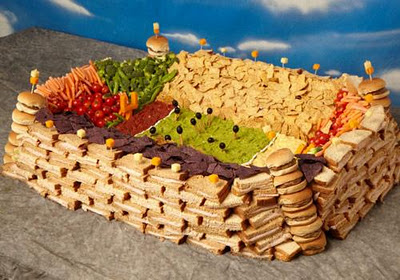 And some look as much like Stonehenge as they do actual stadiums, but I can’t argue with anyone who takes on a challenge like this and delivers something that is close to a work of food art!

There are a multitude of websites that offer “Super Bowl Snacks” recipes and advice…the key is to plan ahead, and follow these pictures to create your own work of art!

And if you really need some inspiration, look at what some crazy kids did over in Asia at a local salad bar!

Read all about this wacky trend by clicking on here:

So there you go, healthy alternative to food stadiums, or better still, make it all!

Being from Seattle, I WILL be incorporating tartar sauce into my Super Sunday, probably with this burger:

Yes, it’s the best Slider recipe in the world! Top your burger with french fries, then a healthy dose of tartar sauce! Top that with a slice of your favorite cheese – mine is provolone, and you have a meal in a bun!

If that is just a “bridge too far”, then follow the example of this amazing food artist and make your own cubed stadium of edible Super Bowl fun!

And, after I originally posted this story, I got a comment from Andy Zilch, who produced one of these stadiums! Here is his food stadium:

And here is the link to the video!

Great job Andy – the rest of us have a LOT to live up to when we tackle our own!