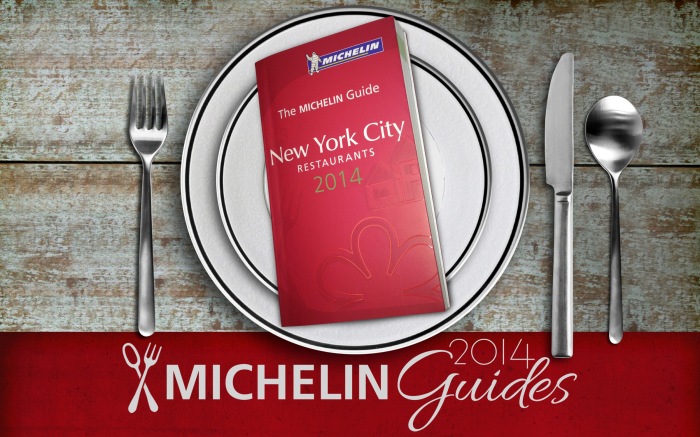 The Stars Are Out Tonight!

This was a big week in the world of Michelin…if you are a foodie, you know that the 2014 Michelin guides are being released, and stars are being handed out all over the globe…

It may be the most prestigious award handed out to a Chef…3 Michelin Stars is the greatest prize a restaurant can achieve…and once again, The French Laundry in Napa Vally was awarded this prize…kudos once again to legendary Chef Thomas Keller…

But, amid the excitement and hoopla for the restaurants, there is still a big controversy brewing when it comes to Michelin Stars…not for any fault of the guide, but for what it can do to a Chef…here is the cautionary tale…

You see a picture of perhaps the world’s greatest Chef, Ferran Adria. His restaurant, el Bulli, was considered the greatest in the world…but is now closed…the pressure to be the best is enormous! For some Chefs, the Michelin Star means everything!

This is from the Eater website from last March: “In a fiery interview with Le Point, Dominique Loiseau, widow of the late great French chef Bernard Loiseau, just absolutely tears into the French media — and, in particular, L’Express — for a January report that blamed her husband’s suicide on the fear of losing his third Michelin star. In the interview, Loiseau says she wants to know how L’Express writer François-Régis Gaudry could claim to know more about her husband’s suicide than do those closest to him. She further claims that the paper “manipulated the truth” and abused her and her family. And she pinpoints the moment when her husband became unstable, resulting in his suicide.”

Shocking new revelations and accusations from France, where Michelin is embroiled in the suicide of an acclaimed French Chef! The story suggests that it is the pressure of getting – and holding onto – three Michelin stars that was behind Loiseau’s suicide…

I posted this story last year about acclaimed French Chef Bernard Loiseau, whose quest for three Michelin stars formed the basis of a terrific book:

Burgundy Stars by William Echikson – 1995
The Perfectionist Life and Death in Haute Cuisine by Rudolph Chelminski – 2006. A powerful double bill about the dark side of being a Chef.

I bought the book “Burgundy Stars” in 1995, excited to read how a Chef turned his restaurant into a 3-star Michelin destination. It is a terrific account with a very dark shadow stretched across each page.

Here is how Amazon describes Burgundy Stars: “What does it mean to receive a three-star restaurant rating in the Michelin Guide? To Bernard Loiseau, chef-owner of La Cote d’Or in Saulieu, France, it means everything. His bid for the third star is the story behind veteran journalist Echikson’s 12-month account of this famed Burgundy restaurant.”

Then, in 2003 was this tragic story: “One of France’s most celebrated chefs has apparently committed suicide after his flagship restaurant was downgraded in a top restaurant guide.Bernard Loiseau was found dead at his country home, a hunting rifle by his side. His death came a week after the renowned GaultMillau restaurant guide cut its rating for his Cote d’Or restaurant in Burgundy.”

“I think GaultMillau killed him. When you are leader of the pack and all of a sudden they cut you down, it’s hard to understand, it hit him hard,” restaurateur and friend Paul Bocuse said.

Out of this tragedy came another terrific book – one that focused on the intense pressure Chefs are under, especially in France, to achieve three-star status.

Bernard Loiseau was one of only twenty-five French chefs to hold Europe’s highest culinary award, three stars in the Michelin Red Guide, and only the second chef to be personally awarded the Legion of Honor by a head of state. Despite such triumphs, he shocked the culinary world by taking his own life in February 2003. The GaultMillau guidebook had recently dropped its ratings of Loiseau’s restaurant, and rumors swirled that he was on the verge of losing a Michelin star (a prediction that proved to be inaccurate).

Journalist Rudolph Chelminski, who befriended Loiseau three decades ago and followed his rise to the pinnacle of French restaurateurs, now gives us a rare tour of this hallowed culinary realm. The Perfectionist is the story of a daydreaming teenager who worked his way up from complete obscurity to owning three famous restaurants in Paris and rebuilding La Côte d’Or, transforming a century-old inn and restaurant that had lost all of its Michelin stars into a luxurious destination restaurant and hotel. He started a line of culinary products with his name on them, appeared regularly on television and in the press, and had a beautiful, intelligent wife and three young children he adored—Bernard Loiseau seemed to have it all.

An unvarnished glimpse inside an echelon filled with competition, culture wars, and impossibly high standards, The Perfectionist vividly depicts a man whose energy and enthusiasm won the hearts of staff and clientele, while self-doubt and cut-throat critics took their toll.

This is a terrific book, sad but necessary to finish the story that “Burgundy Stars” only began to tell.

Now, this story just appeared on the eater website, bringing up all sorts of speculation and accusations about the role that Michelin had in the Chef’s suicide!

Here is what eater posted:

“Ten years after the suicide of renowned chef Bernard Loiseau, speculation has ramped up in the French media that the Michelin Guide may have covered up its role in the affair. Though the guide has long denied allegations that it was threatening to pull one of Loiseau’s three Michelin stars, this week French newspaper L’Express published some previously unseen documents that suggest a Michelin official did indeed meet with the chef to discuss his concerns about the “lack of soul” at Le Relais Bernard Loiseau.

L’Express obtained a note purportedly written by Derek Brown, then the British head of the red guide, describing a meeting with Loiseau not long before his death. Brown notes that it was Loiseau’s first visit in three years and that they “talked a lot about his [Loiseau’s] philosophy.” Then Brown writes, “I talked of our concerns, irregularity, lack of soul, of character recent in his cuisine and the letters that are very mixed in terms of quality. Visibly ‘shocked,’ he took me seriously. We’ll see.”

L’Express also published a note that Loiseau’s wife, Dominique Loiseau, apparently wrote to Brown thanking him for the meeting and explaining that the chef had been closely reviewing the menu with his staff ever since. She writes, “We have well understood your warning and from now on everything is being done in the kitchen to turn things around as quickly as possible.” But just three months later, Loiseau shot himself in the head.

As the lengthy L’Express piece describes, a shocked food world traded speculation and accusations as to who or what had pushed Loiseau to kill himself. His wife explains that Loiseau was bipolar and manic-depressive, and a biography written about the chef makes it clear that there were numerous factors that could have played a role in his suicide. The Gault & Millau guide got some flack for having recently docked points from the restaurant, while French critic François Simon bore the brunt of it for reporting rumors that Michelin was threatening the Burgundy-based restaurant — apparently the chef was in debt and worried that the loss of a Michelin star would cost him 40 percent of his business.

At the time, Michelin denied the rumors that it had threatened Loiseau, and still denies it today. Brown told L’Express in an interview last week, “We never had any deep problem with Bernard Loiseau, just some details like the temperature of a soup.” Indeed, Le Relais Bernard Loiseau still has its three stars. For his part, Simon declared his vindication to the paper, saying, “They wanted to pass me off as a murderer. And Michelin…was cleared of all responsibility.”

Wow! This will be a fascinating story to follow, and if you haven’t done so yet, read the two books I list above!